If you don't know how to choose a smartphone, you can find some helpful tips on what to check when buying a new phone in this smartphone buying guide.

Also, you can use our phone chooser to compare phones side by side and find the best phone for you fast. Read more about our phone comparison tool.

Smartphones are very good helpers in everyday life. They are used not only for making calls but also as organizers, music players, photo and video cameras, and also for watching movies, reading books, playing games. You can even use voice commands to search for something on the internet or dialing.

So, first of all, you need to realize what kind of helper you need. It depends on the way you are going to use it.

Maybe you don't even need a smartphone with all the cool features supplied by modern technologies. You may buy a simple cell phone with buttons just to make phone calls and write SMS texts.

Most people nowadays prefer to enjoy those cool features and many useful applications in a smartphone though. So which one is the best for you?

Although today it's impossible to find a handset for taking pictures with a 4K AMOLED display, the best sound, 1T internal memory, 3GHz CPU frequency, 10000mAh battery, slim, gorilla glass front and back, unbreakable, waterproof, fireproof, and capable of baking pancakes on Sunday mornings while you're still sleeping, future smartphones may evolve into something you can't even imaging. Until that time, consider the following.

Here are 5 steps for choosing the right phone for you: 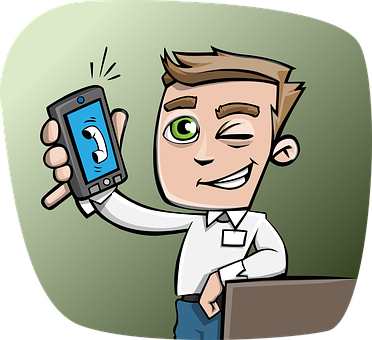 Distinguish the Most Valuable Smartphone Specs

If your hobby is to take photos, then you should pay attention to the camera of a phone and not just to megapixels, but to a lens aperture, the micron/um pixels, image stabilization, the number of prime lenses, ISO control, optical zoom, and other details.

You can also read about smartphone photography.

Today's smartphones are capable of not only taking excellent pictures but also shooting impressive 8K and slow-motion videos. So pay attention to the features of your future phone's camera, if you are interested in film making.

For music fans, the sound quality will be the priority as well as the presence of the 3.5mm headphone jack in a phone which is still very popular even though there are wireless headphones on the market. That's probably because in most cases wired headphones provide better sound quality and are cheaper so far. But as technology evolves, the situation may change in the future.

You may also be interested in the best smartphones for music.

If you are a fisherman and tend to drop your phone to mud or water, you don't need a premium phone that can film 4K slow-motion videos, which is also expensive of course. You need a rugged, waterproof phone like the Ulefone Armor 6E. 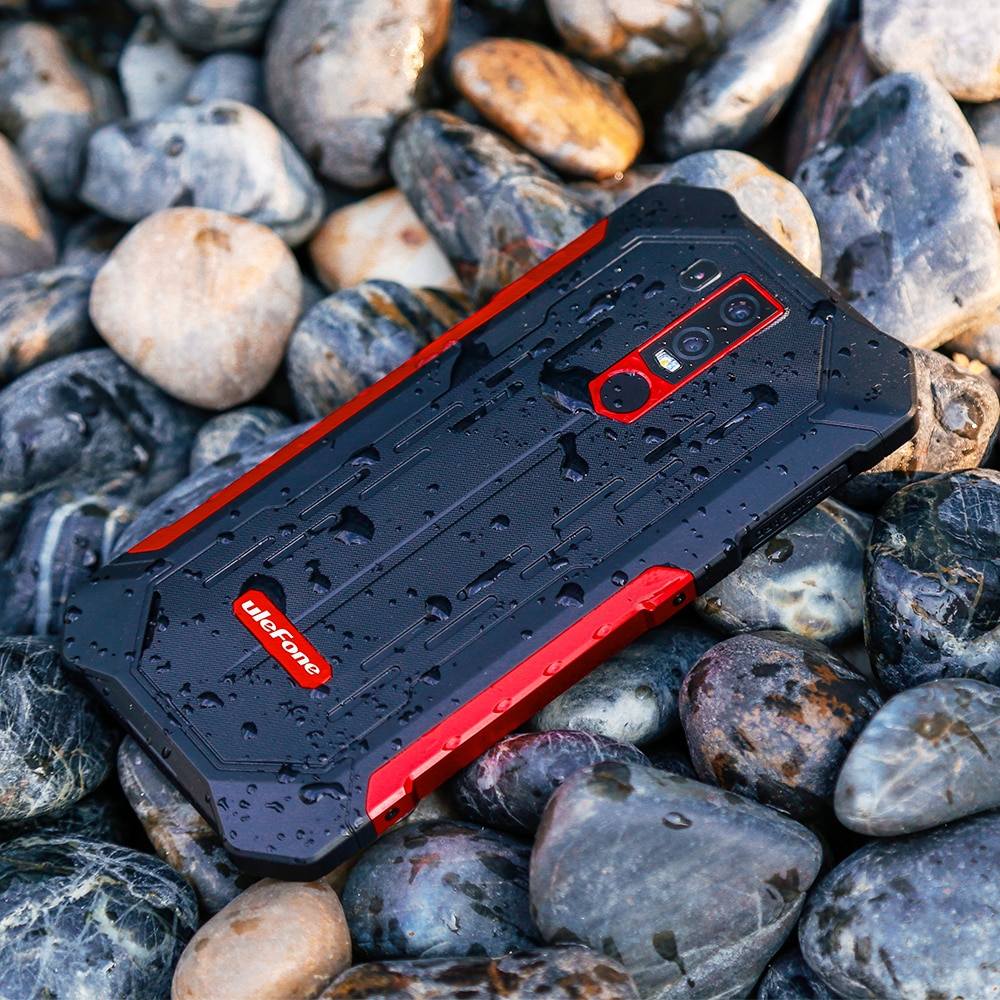 So you got the point. Figure out what features of a phone are the most important for you and pay attention to them first of all.

Choose the Operating System of a Phone

If it's not your first smartphone, you probably already know what OS you prefer. There are only 2 major operating systems for mobile phones on the market: Android and IOS.

Android is very customizable and more widespread around the world. It provides access to a plethora of apps in the Google Play Store. You can also download third-party apps from any site on the internet besides Google Play Store. And it offers a bigger choice of devices at affordable prices.

Phone manufacturers often put their interface over a certain Android version in a particular phone, like Xiaomi makes phones with MIUI OS, Huawei with EMUI OS, and OnePlus goes with Oxygen OS.

IOS is not so different, easy to learn for new users, and well secured. It has more limitations and restrictions for apps and users for the sake of security. But an iPhone is more expensive if it's not secondhand. For more details, read about iPhone vs Android.

Switching from Android to IOS is easier because if you are used to Google apps like Gmail, Google Maps, Google Photos, and Google Drive, they are available for IOS as well.

But if you are a devoted user of Apple's apps it, on the contrary, may be difficult to switch to Android since almost all Apple's applications don't work on Android including the movies you've bought on iTunes.

Tastes differ. Mobiles nowadays are made of different materials. There are a lot of beautiful phones covered with glass front and back. They look nice. But you'll leave smudges all over such a phone.

Besides, you better not drop it. Of course, you can protect it with a cover, but then you won't see the beauty of the phone. So, from a practical point of view, you may consider a different material.

The screen is a significant part of a smartphone. If you need it to be as bright and colorful as possible to watch movies or play games, then you should enjoy AMOLED displays, which are also power-saving, especially dynamic AMOLED screens.

For better detailing, make sure you take a phone with high resolution, not less than 2160 x 1080 pixels. But remember, the higher the resolution, the faster it drains the battery.

With small bezels, the screen looks bigger. And if there is also a pop-up front camera on a smartphone, you have a full-screen bezel-less handset that looks gorgeous.

You may also consider a foldable smartphone like the Samsung Galaxy Fold or the Motorola Razr if such a form factor is suitable for you. You use a bigger screen only when you need it while being folded, the device is very compact.

Buying a new smartphone, you probably would like to have the latest CPU, with CPU frequency not less than 2.84 GHz and the best graphics card, especially if you need the best cell phone for gaming like the ASUS ROG Phone 5. 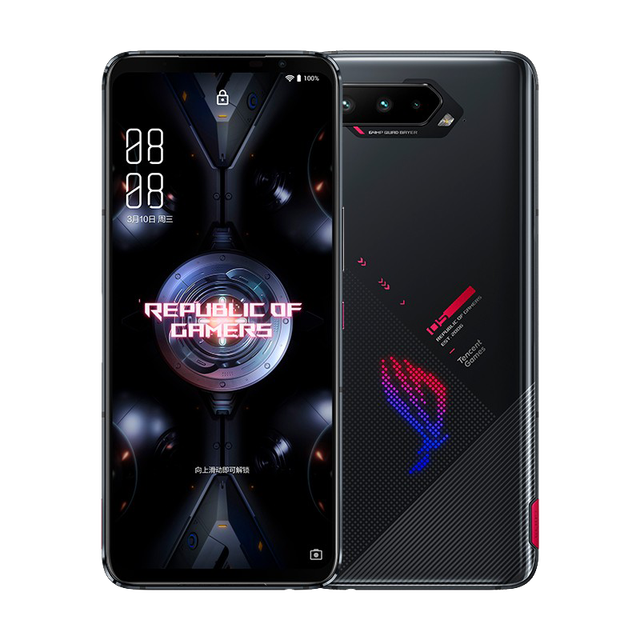 RAM for a modern phone should be not less than 4GB, the internal storage not less than 32GB, better 64GB. In case you decided to buy an iPhone, make sure its internal memory is enough for you because you can't expand it with a micro SD card as you can do on many Android phones.

One more important feature of a phone is its battery. It certainly should not be less than 4000mAh so that you can use your device comfortably for several hours.

It depends on how you are going to use it and on the size of the screen, though. Some smartphones, having lesser battery capacity, last longer due to better-optimized technology.

That's why smartphone manufacturers, as well as tablet and laptop manufacturers, provide information not only about the battery capacity but also about the number of hours a device can be used for. But to make sure, it's better to check out reviews, too.

It is also great if a phone supports fast and wireless charging technology.

In iPhones, however, the number of CPU cores, RAM, and battery capacity can be a little less than in Android phones, but with the same efficiency because of the different technology Apple uses.

But if you are not a gamer and don't want to spend much money, you can consider a budget phone with more modest specs like the CUBOT X20 Pro.

For many people, including me, a camera is a very important part of the phone today. Alas, more megapixels doesn't mean a better camera. So, pay attention to other camera features, do some research, check the reviews, and look at the pictures taken by the phones among which you choose the best one for you.

The budget is also important. As a rule, the better the specifications of a smartphone are, the higher the price is. No wonder, you got to pay for all those technologies. They don't fall from the sky. People are working on them, money spent on researches to create the latest model of an impressive gadget that should be described as the most desirable toy of the year in a commercial.

Still, there are some exceptions like the Lenovo Z6 Pro. Maybe it's not a premium phone in comparison with Samsung's flagman phones. But look at its specs. According to them, it is a flagman smartphone of 2019. Now, look at its price. It's not bad, is it?

I think it's one of the most appropriate options for those, who want not expensive flagship smartphones. There are always such options. Seek and you shall find.

But if you want to buy a smartphone with the highest technologies, it will be always impossible since technology evolves very quickly. So whenever you think you buy the best phone, a new model with slightly better characteristics appears after it. The sky is the limit.

By the way, there is a good strategy of buying a smartphone model you want around the time when a new flagship phone of this brand is about to launch because after it's launched the price for the mobile you chose will drop immediately. You can thus get the smartphone of your dream at an affordable price, unless you find the latest flagship model more attractive now.)

Buying a contract phone you should choose a suitable carrier for you. If you are not going to change your carrier during the period described in the contract (about two years) or not going to travel all around the world, this variant is for you.

If you live in the USA, you can look through the best cell phone plans of 2021 and choose the most suitable for you.

Otherwise, it's better to buy an unlocked cell phone which is more expensive because you pay for it outright (if not using a credit plan), while a subsidized cell phone with a 2-year contract seems to be much cheaper at first glance as you pay for it during these 2 years.

You, however, may overpay for a carrier phone eventually because of overpriced monthly service payments. Well, I guess there's no such thing as a free lunch.

Even if you have paid off a mobile phone, it can be difficult to unlock the device. This procedure may last for about 2 months.

Hence, buying a mobile phone without a contract gives you more freedom. You can switch to any other carrier with a better plan at any moment by changing the SIM card. It is especially convenient if you are going to travel abroad, as roaming fees are usually high.

Besides the range of unlocked devices is much wider. You are not limited by a carrier's site. You are free to buy an unlocked smartphone of any brand in any shop even online.

Even if buying an unlocked phone, make sure it is compatible with your carrier's network. The information should be available on the carrier's site.

And don't forget to compare prices. Maybe, the best variant for you is to buy a phone online.

So, these are the tips that may help you choose a mobile phone. Of course, there are more details and every case is individual, but I hope this so-called cheat sheet for choosing a handset will help you with phone specs comparison not to forget any important feature before you buy a new phone.

For me, it wasn't so difficult.

How I Chose My Cell Phone

The article "Flagship Phones" is also very useful for choosing the best phone.